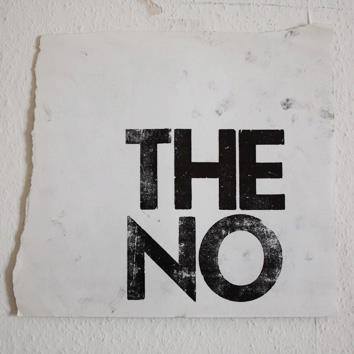 graphic design: Tamara / The No

THE NO remixes (art/ music)

MUSIC PRODUCER / The No
Since 2005, she starts creating work as a producer of electronic music under the name The No. In this ongoing conceptual audio graphic art project she plays with identity and desire, the word No means something is still missing. The No originally was initiated as an art academy project, it became her own identity. A number of tracks have already been released on various labels and an album is almost there to be exhibited. Because of her special approach for designing soundtracks, Tamara is a frequently booked music director for fashion shows. Her influences come from many different music genres, but mostly vintage pioneers such as: Raymond Scott, Kid Natlab, or contemporary heroes: Aphex Twin and Bjork. And a lot of Mozart, Bach and film music. And new wave..it’s too much 🙂

Musicwise she composes (electronic) melodic and harmonic electronic music pieces and like to play around with different beat structures. There are many music genres I have been influenced by, from modern classical to avant garde, abstract soundart, electronic music and anything that triggers my emotions. Here some sound productions and art projects I did, under my alter ego: The No.

About The No
The No is an audio graphical project by Tamara van der Laarse. It started when she designed record sleeves for a non-existing artist: The No, conceptually and typographically referring to desires like ‘no fame’ and ‘no label’. The No is reflecting a desire, a missing element that could turn into the opposite.

Playing with sounds is something she did since she was little, recording herself and airplane sounds with her mother tape recorder. At the age of six she got classically trained in music, playing piano and cello until her 14th. Her father is a bass player and probably the reason why she loves low sounds so much. Her love for music has always been there and exploded when she was working in record stores in Amsterdam, collecting new music and passing on her knowledge to customers, who sometimes became friends & colleagues from the music industry.

In 2005 The No actually turned into something real, when she started to compose sounds. The first concept was secret love songs for no boyfriends, a classic method of dealing with artistic expression. The No went from having no fans or followers, to people liking her music. The No is electronic, rhythmic, heavy layered, elegantly composed and a little weird.

In 2006 she released her second track, on the little record label run by friends, Plattegrond. They organized memorable wild rave parties on obscure locations, far from the underground. Many years later later in 2012 that would turn out into a the SOTU festival.